Living between the cracks of society and eeking out a living in the criminal underworld, there are those who live their lives between the neon lights of the world’s metroplexes and the dim shadows of the alleys and forgotten places. Some survive with charm and wit, others cordite and steel, and a rare few are gifted with the ability to touch the magic that has returned to the world. None of it is easy. All of it is deadly. One wrong move will push you from the dim shadows to the blackness of death in a blink.

This is the place where 3D, Bulldog, Curie, Floyd, Hood, and Cor ply their skills and make their names.

It’s 2075, and Chicago is broken. If you don’t control a corporation or work for one, you’re nothing, and you’ll most likely slip through the cracks. But some use those broken shadows to do what they do best – jobs no one else can or wants to do. But things don’t always go smoothly…

Fate brings Curie and the team together and she is drafted to help them with a rescue mission. All goes according to plan until Curie reveals a hidden side that threatens the team.

Hood debates the merits of bringing a mage onto the team. The team runs interference with the Vory for a contact and a gang confrontation turns deadly.

The team mourns their loss while Hood contemplates his mission. A straightforward smash and grab turns into something far more complicated when a dark memory is triggered.

The team rushes to find a street doc. At Clox boxing club, Bulldog steps in the ring, and the team finds more than they bargain for when they are made by a Vory gang boss they’d previously crossed. 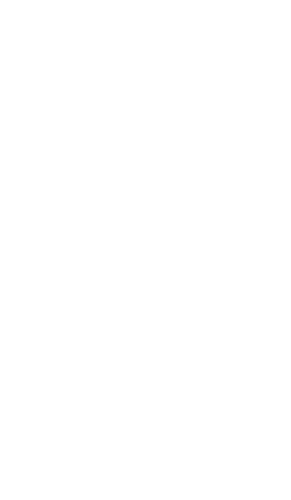 He’s the best hacker around. Stop being nosey. You want info on me just drop me a comm at 1-800-EAT-BITS!

Sparse information available on the magician known as Curie. Recent addition to DARK operatives, Curie is a magician specializing in thermal extraction, able to weaponize cold. Generally seen in a traditional labcoat and speaks with an English accent.

Interview with the Creators of Chicago Shadows

Meet the Creators of Rem Alternis

The team at Rem Alternis is working hard to make Chicago Shadows a reality, but without our community we might as well pack it in and leave it to the faceless corporations. Together, we’ll bring something special to the mean streets. Of course, we have to give a resounding shout-out to each our Kickstarter backers. You are the vanguard and we are forever grateful for your support!

In every major sprawl, there are names whispered in the dark; legendary operatives who’ve etched their names into eternity.

Every city has its puppet masters pulling strings and pushing hidden agendas. Chicago is no exception.

The cornerstone of the shadow economy, these movers and shakers hide in plain sight, quietly greasing the skids for each op.

These veteran operatives doing the heavy lifting, taking on their share of the work and giving back to the community when they can.

Every eager rookie pulls their weight and then some.

Every contact is crucial to the operatives working the shadows. They would otherwise blunder in the darkness.

Doomsday in the Sixth World

In June 2019, we had the privilege of partnering with Catalyst Game Labs on a promotional video for Shadowrun.

The video’s goal was to raise hype for the 30th anniversary of Shadowrun, announce the official release date for 6th edition’s Beginners Box Set, and tease at what is to come in the next few books, especially the Shadowrun Sixth World core rulebook. We had only 8 days to pull a video together. With our dedicated team and supporters, we were able to pull it off!

Take a look at the video, and join us in our love of Shadowrun as we enter the Sixth World!

Send Us A Message